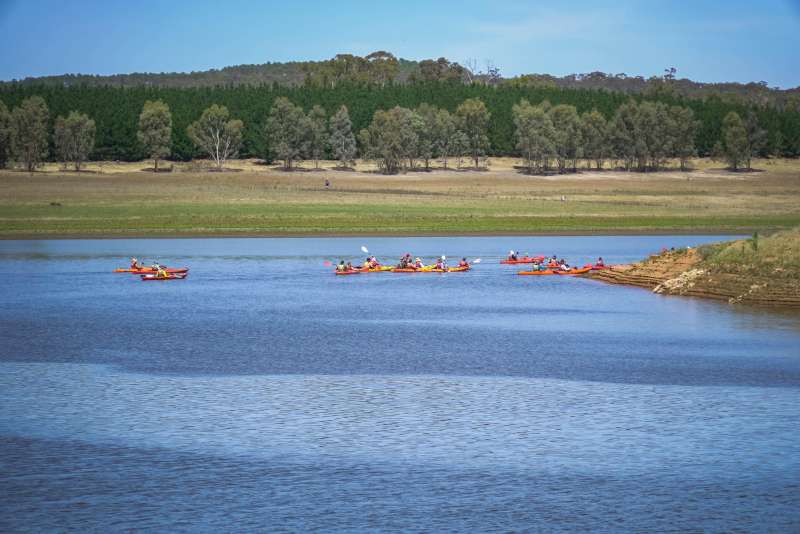 Visitors and locals in the Southern Barossa have voted with their feet to support opening the South Para Reservoir Reserve for public access, with more than 1200 people flocking to explore the site on the opening day.

South Para is the latest reservoir reserve to open under the Marshall Liberal Government’s initiative to expand recreational access at reservoir sites across South Australia.

“Having more than 1000 people visit in just one day is terrific, with keen kayakers and anglers even waiting for the gates to open at 7:30am to hit the water and drop a line,” said Minister Speirs.

“Whether it was the dozens of people taking kayak tours, exploring the trails by foot or bike or just taking in some of the local food and drink, it was so satisfying to see people being able to freely explore this significant part of the local environment.

“Having seen local businesses thrive in Myponga since the town’s reservoir opened in April, I’ve heard from traders in the Williamstown area who are equally excited to see similar benefits to their operations as more tourists visit the local area over the school holidays.

“I thank everyone who made the event such a great success and look forward to seeing the community enjoy, explore and preserve what’s on offer at South Para.”

The adventure destination for SA’s reservoir reserves, visitors to the reserve an explore the site for kayaking, bushwalking, cycling, picnicking and fishing (permit required).

Work is also continuing on linking South Para to surrounding conservation parks and forestry reserves through a network of access trails, which is expected to be completed around April 2020.

“We’re making strides to open our reservoirs for South Australians to enjoy, but there’s still plenty more to do, with Little Para, Hope and Happy Valley reservoirs slated to open in the coming years,” said Minister Speirs.

“These are beautiful spots that have been locked-up from the general public for far too long, and as Minister, it’s exciting to tick-off South Para as the fourth reservoir reserve to have expanded access since the Marshall Liberal Government came into power.”

South Para Reservoir was one of four large state project areas starting during the war, and was built in response to a severe drought experienced in the mid-1940s.

Today, water stored in South Para is transported to the nearby Barossa Reservoir where it is treated and delivered as safe, clean drinking water to approximately 85,000 customers across the region.