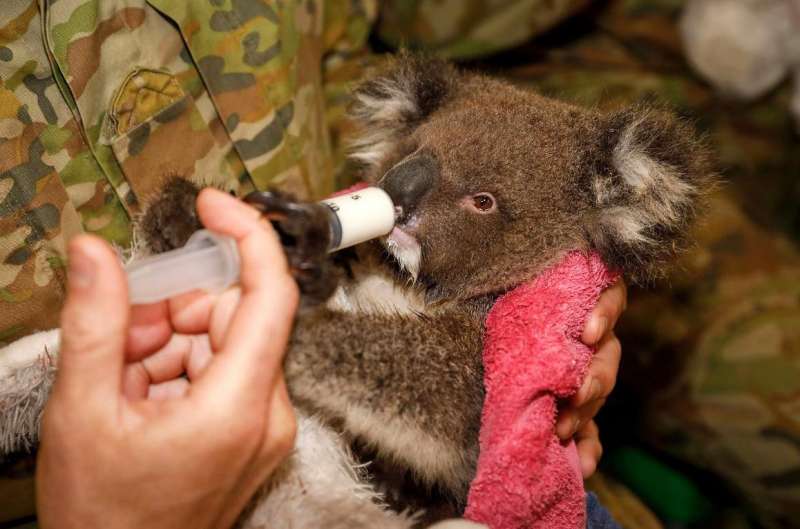 Wildlife recovery after the recent devastating bushfires across South Australia will be a priority for the State Government with the establishment of a dedicated taskforce.

The bushfires have seen a large amount of the natural environment destroyed resulting in significant wildlife losses and heart-breaking images of injured animals.

The Wildlife and Habitat Recovery Taskforce will play a lead role in the environmental response to the bushfires and ensure a coordinated approach across all levels of government and NGOs.

The Taskforce will provide advice to the State Government and will be headed up by former South Australian of the Year and outgoing Adelaide and Mount Lofty Ranges Natural Resources Management Board Chair Dr Felicity-Ann Lewis.

With large amounts of wildlife habitats destroyed, particularly on Kangaroo Island, the State Government has also taken the unusual step of translocating 12 rescued koalas from the island to establish a disease-free insurance population at Cleland Wildlife Park.

Koalas from Kangaroo Island can’t be returned because of the risk of introducing chlamydia, which is widespread in mainland populations but is not found in koalas on the island.

The koalas, nine of which are juveniles, came from the western end of the island, where most, if not all, of their habitat has been lost in the recent bushfires.

Minister for Environment and Water David Speirs said the koalas have been relocated both for their chlamydia-free status and because they needed to be rescued.

“The devastating bushfires have burnt through more than 210,000 hectares on Kangaroo Island which has seen large numbers of the koala population perish and significant amounts of habitat destroyed,” said Minister Speirs.

“In many cases koalas that have survived the fire are struggling to find food and these 12 would most likely have died of starvation if they were not rescued.

“The move to the mainland will benefit these animals and help act as the basis for a disease-free insurance population to potentially benefit koalas nationally.”

The koalas will be quarantined at Cleland Wildlife Park to help preserve their disease-free status.

“The koala is an iconic species with worldwide recognition and it’s important we do what we can to protect these animals during and after the bushfire event,” said Minister Speirs.

“The recovery for the environment both on Kangaroo Island as well as other fire-affected regions won’t happen overnight and will take both time and plenty of hard work.

“In recognition of this the State Government will form a Wildlife and Habitat Recovery Taskforce led by experienced educator Dr Felicity-Ann Lewis.

“The Taskforce will take a lead role the recovery effort for our natural environment and look to re-establish habitat for wildlife in the state’s bushfire-ravaged regions.

“South Australia has an immense task ahead and the Wildlife and Habitat Recovery Taskforce will be working closely with state agencies and NGOs on coordination of the immediate recovery efforts as well as development of recovery plans for wildlife and landscape-scale recovery projects in bushfire-affected areas.

“It’s going to take time to establish a full picture of the damage but we believe a significant number of Kangaroo Island’s koalas have perished, and considerable areas of Glossy Black Cockatoo habitat, including nests, have been destroyed.

“We are also very concerned for the future of the Kangaroo Island Dunnart – one of the species thought to be most at risk, due to habitat loss. The immediate challenge will be to ensure that surviving animals have sufficient habitat in which to find food and avoid predation.

“While many community groups have mobilised to care for injured wildlife, the Taskforce will also focus on the effort to re-establish habitat, particularly for the most endangered and vulnerable species.

“This announcement follows our launch of the Wildlife Recovery Fund which is a collaborative project between the National Parks and Wildlife Service SA and the not-for-profit Nature Foundation to assist with the recovery and restoration of flora and fauna in fire-damaged regions across South Australia.

“The community response to the bushfires has been incredible and I encourage those who can to give generously.”