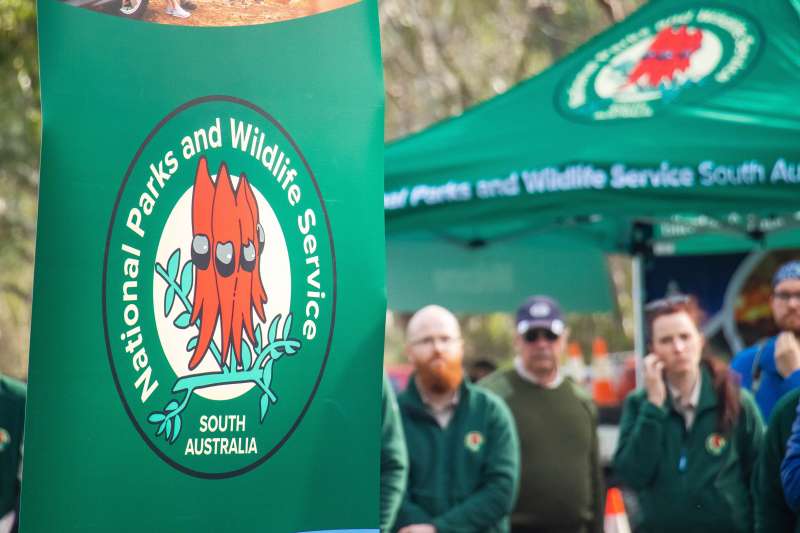 The Marshall Liberal Government has today launched the newly branded National Parks and Wildlife Service South Australia at a community event at Belair.

Premier Steven Marshall, who officially opened the event, said the State Government has a back-to-basics approach to the environment.

“The National Parks and Wildlife Service is about having boots on the ground to look after the state’s parks and wildlife,” said Premier Marshall.

“South Australia has some of the best natural landscapes in the world and our government has renewed focus on building environmentally sustainable recreation areas for all South Australian families and communities to enjoy.

“This is highlighted by our recently delivered State Budget which has an $11.8 million commitment to breathe new life into South Australia’s parks and improve nature-based tourism.

“By investing more money in our parks we will make these natural environments more accessible for everyday South Australians and tourists alike.

“It’s fantastic to be able to officially launch the new service at a community event in the state’s first national park here at Belair.”

Minister for Environment and Water David Speirs said the State Government is committed to increasing ranger numbers by 20 per cent by 2021.

“The Marshall Liberal Government has a practical approach to looking after our natural landscapes and park rangers are at the forefront of conserving and caring for our national parks,” said Minister Speirs.

“Eighteen new rangers have been appointed since March, 2018, bringing the total to 103 across the state.

“On top of more rangers on the ground, the National Parks and Wildlife Service is about a focus on the management and care of South Australia’s wildlife.

“It is also about more community events in parks, the rolling out of a 100-person volunteer ranger program and improvements to park facilities.

“Together these initiatives will not only enhance our environment but will improve social wellbeing by encouraging more people to get outside and enjoy what our state has to offer.

“Under the previous Labor Government, the Department for Environment and Water’s annual capital works program, which is used to upgrade and maintain our parks and other environmental infrastructure, was cut by around $7 million per annum.

On top of this the former government gutted ranger numbers to record lows.”

The National Parks and Wildlife Service is a division in the Department for Environment and Water.