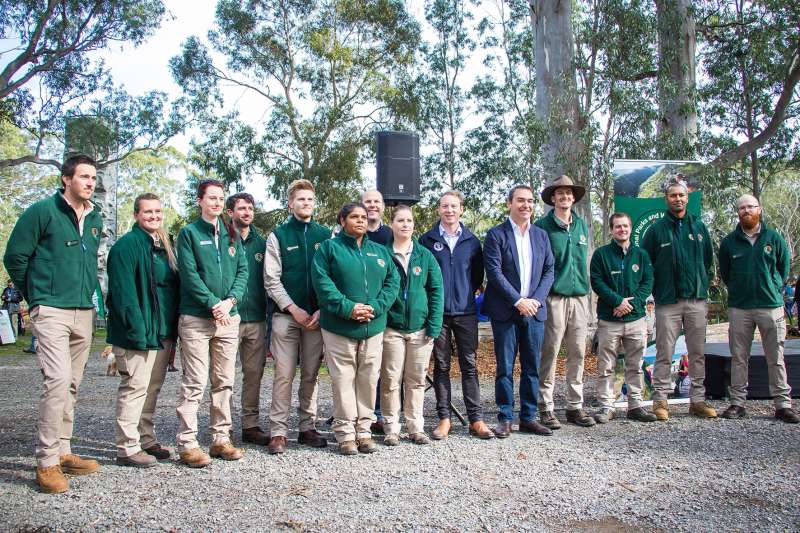 Eighteen new park rangers will soon start duty in South Australia, with a hands-on focus to look after the state’s national parks and provide a better service for park visitors.

The extra park rangers will give South Australia’s parks an on-ground boost and provide practical and focused back-to-basics service for parks, which cover more than 21 per cent of the state.

Minister for the Environment and Water David Speirs said a widespread call for new park rangers was carried out in April and May this year, and received more than 320 applications.

“Our government committed last year to increase the total number of park rangers by 20 by 2021 – a boost of more than 20 per cent.

“Today’s announcement demonstrates the Marshall Liberal Government’s dedication to delivering on its election commitment and its dedication to increasing the number of park rangers in South Australia.

“Park rangers are at the forefront of conservation in South Australia and these new park rangers are about putting more people on the ground managing parks, supporting visitor experiences and caring for wildlife.

“The former Labor Government gutted our state’s ranger service and we are committed to putting more people at the frontline of national park protection.”

Park ranger recruitment is the first step of the More Park Rangers initiative. The commitment also includes the development of a new volunteer park ranger program as well as establishing better career pathways for Aboriginal rangers by 2021.

“We have some of the best natural landscapes in the world here in South Australia and that is why the Marshall Liberal Government will invest $11.8 million to breathe new life into our national parks,” said Minister Speirs.

“We want to increase the number of people who can experience these places and make South Australia a nature-based tourism destination. By investing more money in our parks we will make these natural beauties more accessible for everyday South Australians and tourists alike.”