More koalas rescued from KI to be housed at Cleland 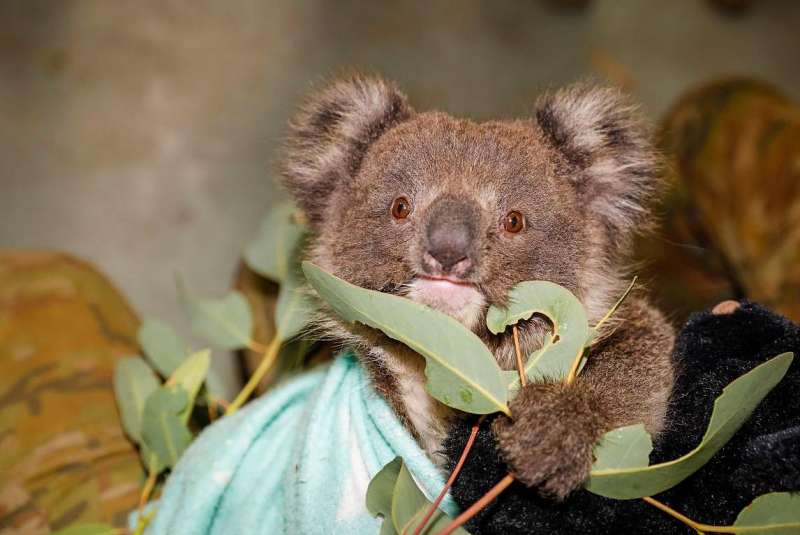 Sixteen more koalas have been transferred from bushfire-ravaged Kangaroo Island and will be housed at Cleland Wildlife Park to add to the recently established disease-free insurance population.

The transfer was carried out by Hanson Bay Wildlife Sanctuary and Cleland Wildlife Park staff to prevent the koalas dying of starvation and these animals will further establish an ark population on mainland South Australia.

Kangaroo Island koalas are free of chlamydia and have a low rate of an AIDS-like disease called KORV, which is widespread in South Australia’s mainland populations.

Traditionally koalas taken from Kangaroo Island can’t be returned because of the risk of introducing diseases but with large amounts of wildlife habitats destroyed, the State Government has taken the significant step of translocating the animals to Cleland.

A total of 28 koalas have now been transferred from Kangaroo Island with separate new enclosures built by the Cleland Wildlife Park staff and the Australian Armed Forces with materials donated by Lysaght Pty Ltd.

Minister for Environment and Water David Speirs said many koalas that have survived the bushfires are struggling to find food with 210,000 hectares on Kangaroo Island burnt.

“The koalas came from the western end of the island, where most, if not all, of their habitat has been lost in the recent bushfires,” said Minister Speirs.

“Many of rescued koalas are being housed in enclosures built by Cleland Wildlife Park staff and contractors with help from the Australian Armed Forces. The military is also working in shifts to help with the three-time-a-day juvenile koala feeds.

“The rescued koalas will further our understanding of the debilitating diseases plaguing koala populations Australia-wide.

“Their offspring may become part of a rewilding program in future years.”

The rescue of Kangaroo Island koalas is partnership between the State Government, the International Koala Centre of Excellence, Hanson Bay Wildlife Sanctuary, AMWRRO and Zoos SA.

To support the recovery of South Australia’s wildlife, donate to the Wildlife Recovery Fund.

The Fund was launched earlier this year to raise funds to re-establish habitat for wildlife in the state’s bushfire-ravaged areas.

To donate to the fund visit the Nature Foundation SA website.