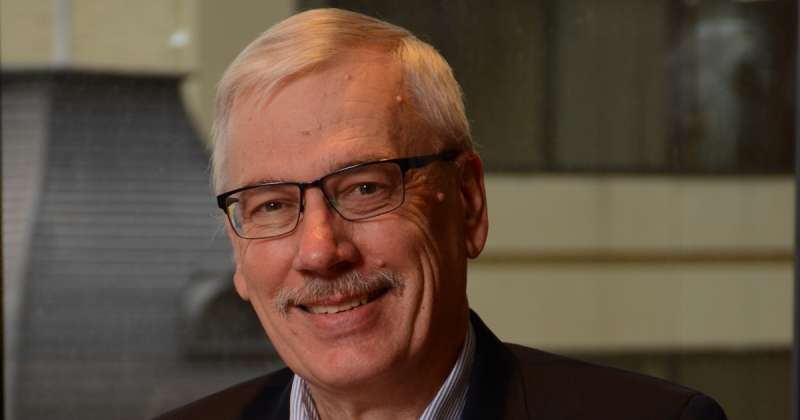 Green Industries SA Chief Executive Vaughan Levitzke is retiring after nearly 20 years in the job and a long list of achievements.

Mr Levitzke first entered the public service in 1978 as an Ecologist with the Department for the Environment.

After 10 years with the South Australian Environment Protection Authority, he was appointed Acting Chief Executive of Zero Waste SA in July 2003 during the Agency’s establishment phase and was subsequently appointed by the Governor in 2004 as its inaugural Chief Executive.

Minister for Environment and Water David Speirs congratulated Mr Levitzke on an outstanding career and thanked him for his service.

“After an impressive 43 years of public service for the people of South Australia today is Vaughan’s last day with him handing over the reins as Chief Executive to go on some well-earned long service leave prior to officially finishing up at the end of June,” Minister Speirs said.

“I want to congratulate Vaughan on an outstanding career spanning nearly 50 years of public service but in particular for his work to improve waste management in South Australia.

“South Australia is a national leader when it comes to waste management and a few of our more significant milestones have been delivered under Vaughan’s leadership.

"He oversaw Australia’s first ban on single-use plastic bags in 2009. The plastic bag ban legislation enjoyed overwhelming public support and was acknowledged with a Premier’s Award that year.

“Vaughan was instrumental in developing the first Australian state-wide five-year waste strategy with the state’s most recent waste strategy for 2020-2025 released in December 2020.

“Most recently Vaughan was the chair of the State Government’s taskforce in the lead up to South Australia’s historic ban on single-use plastics.

“In 2012 he won the ‘People’s Choice’ award in the biennial WME magazine ‘Leaders in Waste Management’ awards.

“In 2015, Mr Levtizke was awarded the Public Service Medal for outstanding public service in the area of waste management reform and policy.

“I want to sincerely thank Vaughan for his service and wish him all the best in retirement.

Dr Ian Overton has over 30 years experience in business, research, academia and government, including 17 years with the CSIRO.

He has a passion for sustainability and enhancing environmental, social and economic outcomes through strategy and implementation of the circular economy. Ian is also an adjunct Associate Professor at the University of Adelaide’s Centre for Global Food and Resources.