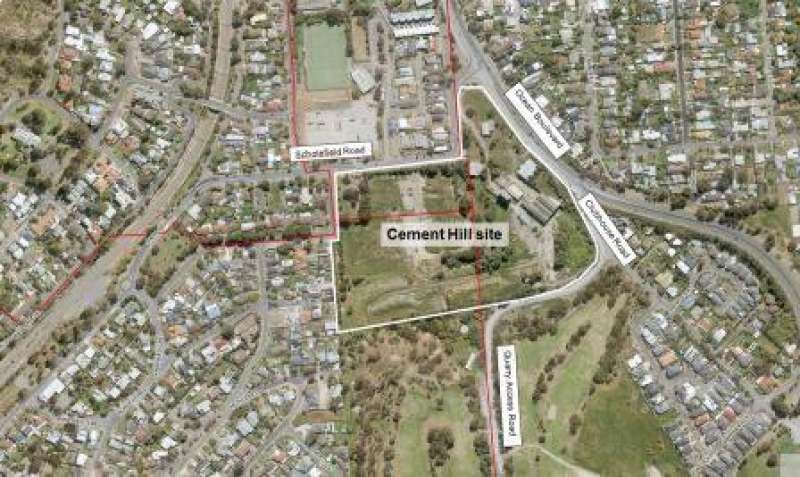 In recent weeks local residents would have noticed a lot of activity occurring at the Cement Hill site in Seacliff Park.

This work is the beginning of the large scale redevelopment of the site, something that has been many years in the making and which has a history littered with false starts and disappointments!

Since 2011, work has been slowly progressing to re-zone Cement Hill’s planning status from industrial to residential, with some land also set aside for a small shopping centre. This has been a painfully slow process, riven by bureaucracy, but finally things are moving.

The site is now being cleared of its derelict buildings (and its iconic cement towers) in preparation for major earthworks which will see the removal of low level contaminants from the site (something that is inevitable on old industrial land). Plans are being negotiated for a new road to be constructed to take trucks from the nearby quarry to the south and away from Brighton Road.

In the coming months, as the final stage of the re-zoning process, a public meeting will be held to give local residents the opportunity to provide their views on the proposed redevelopment. A date has not been set for this yet, but I will keep residents up-to-date when I know more details.

The re-zoning of Cement Hill has been a drawn out process, but fingers crossed we are almost there.