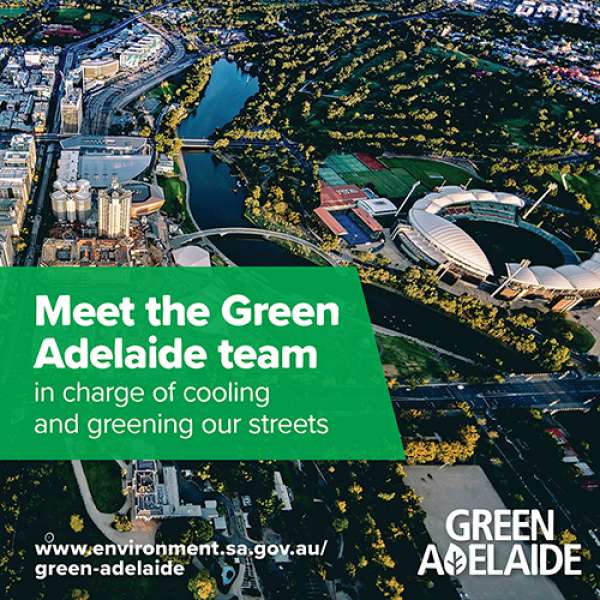 The inaugural members of Green Adelaide have been appointed to lead an innovative new metropolitan landscape board to transform Adelaide into a world-leading, sustainable, green and climate resilient city.

Green Adelaide is part of the Marshall Liberal Government’s historic Landscape SA reform and will focus on increased efforts to green and cool our backyards, streets, neighbourhoods and create better open space for everyone.

Minister for Environment and Water David Speirs said Professor Chris Daniels has been appointed as the Presiding Member, with Dr Felicity-ann Lewis deputy chair and a further seven board members.

“Green Adelaide will be responsible for the greening of metropolitan Adelaide, recognising the environmental challenges faced by a large capital city and exploring the opportunities to improve our sustainability,” said Minister Speirs.

“The newly appointed Green Adelaide Board will bring leadership, collaboration and strategic thinking to transformation of Adelaide’s urban environment.

“The Board will also be responsible for integrating the management of water resources and wetlands; the metropolitan coastline; nature education within the city; creating habitat for biodiversity; and the greening of streets, parklands and buildings.

Newly appointed Presiding Member Professor Chris Daniels said he was excited by the challenge and opportunities presented with the formation of Green Adelaide.

“Much of my work and personal life has been about environmental leadership focused on connecting people with nature, community involvement in environmental projects, and conserving wildlife,” said Prof Daniels.

“The opportunity to extend and expand that experience to the Adelaide metropolitan area is one that I’m looking forward to immensely.

“There is much to be achieved and I am keen for Green Adelaide to take a genuine role in leading the city’s progress towards a greener, more sustainable and climate-resilient future through urban greening, clever water management and the creation of biodiverse urban habitat.”

The Green Adelaide Board members are: