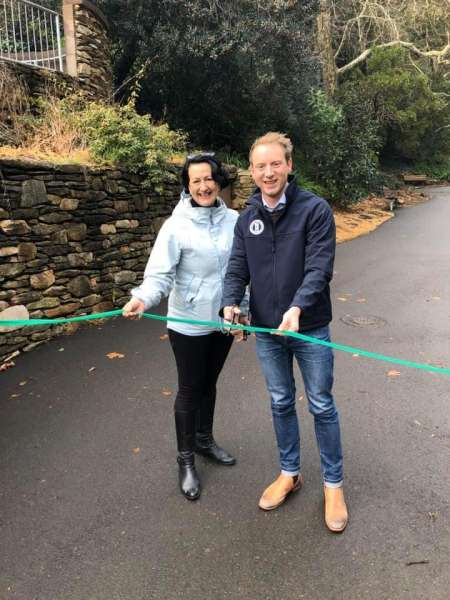 One of Adelaide’s premier walking trails is now safer to use and will be better protected from extreme weather events thanks to a now complete $5 million upgrade.

Around 600,000 people per year use the 3.8km Waterfall Gully to Mount Lofty Summit walking trail and large sections of it were extensively damaged during severe storms in 2016.

Minister for Environment and Water David Speirs said the upgrade would make the walking trail more accessible for South Australians.

“Waterfall Gully to Mount Lofty Summit is one of South Australia’s most popular walking trails and the upgrades will improve durability and increase safety for the public,” said Minister Speirs.

“We want our parks and walking trails to be accessible to as many people as possible and these upgrades will protect the area so that it can be enjoyed for generations to come.

“With people looking for alternative exercise options during COVID-19 restrictions, the trail is more popular than ever.”

“Around 600,000 people use the trail each year and we hope many more will enjoy what the park has to offer now the upgrades are complete,” Ms Chapman said.

“Given the extent of the damage and the nature of the terrain these upgrades were challenging but pleasingly for the public the trail remained open throughout construction other than the few weeks when it was considered too dangerous for public access.

“I’d encourage anyone who’s up for a steep walking challenge to go and check out the newly completed trail, while continuing to adhere to guidelines and keeping a safe 1.5m distance from other walkers.”