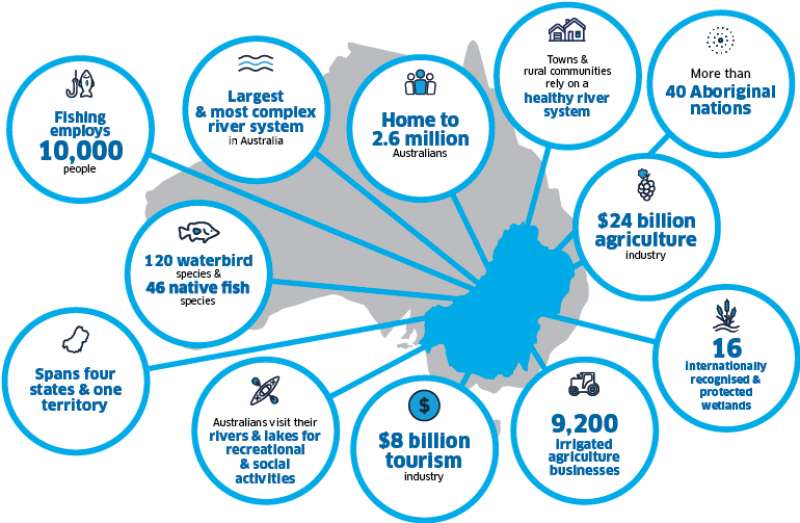 Water infrastructure programs that improve irrigation efficiencies and return water back to the environment should be accelerated under the Murray Darling Basin Plan not walked away from, according to South Australian Minister for Environment and Water David Speirs.

“Although there are critics of water efficiency programs, as demonstrated on four corners last night, they received bi-partisan support across state boundaries when the plan was agreed to in 2012 and remain the best way to recover the full amount of environmental water required under the plan.

“Efficiency programs have the potential to benefit the environment, irrigators and the local communities. They also better prepare our irrigators and communities to manage the impacts of climate variability and future climate change.

“Investing in infrastructure that saves water and returns water licences to the commonwealth to use for the environment has been agreed to as the preferred way to recover water.

“While there are some who would prefer forced buybacks to achieve the required amounts, federal and state governments of all persuasions have agreed that efficiency programs are the best way to deliver environmental water while maintaining the productivity of local communities.

“In South Australia we have seen the increased productivity that efficiency measures programs have brought to our River communities while returning real water to the environment.

“Now is the time to accelerate these programs to deliver the plan as agreed.

Regarding concerns raised in the Four Corners episode about the accountability of environmental water being recovered, Minister Speirs said:

“As South Australians at the end of the river, we take any concerns raised about the accountability of water recovered for the environment under the basin plan very seriously.

“As outlined in the Productivity Commission’s report, there needs to be an increased focus on auditing and accountability of water recovery and this is something we will continue to argue for."