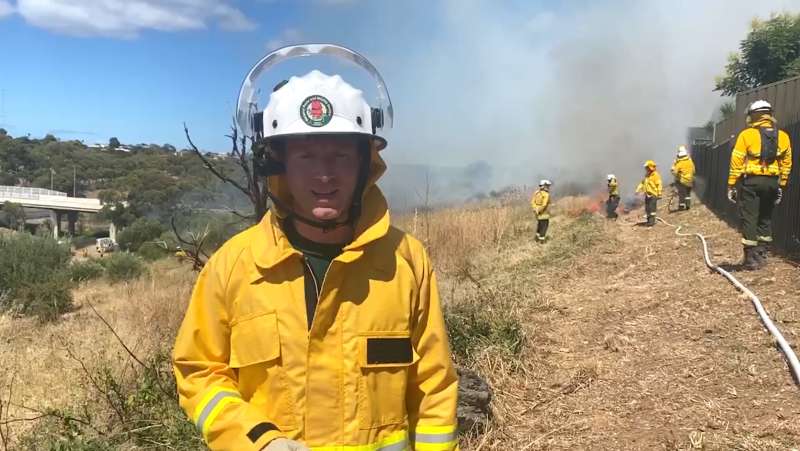 A prescribed burn in Adelaide’s southern suburbs today has marked the end of a successful spring season that has seen 45 prescribed burns carried out across South Australia, up from 34 last year.

Prescribed burns this spring have reduced the fire risk across more than 1150 hectares of public and private land.

Minister for Environment and Water David Speirs said the Government responded swiftly and decisively to prepare for the 2020/21 bushfire season, with fire danger season in place for all South Australian districts by 1 December.

“Today’s burn at Field River Reserve, the final proactive burn this year, is part of the Government’s commitment to further reduce fire risks and will create a bushfire buffer zone between the reserve and nearby housing, bolstering the security of residents over summer.

“This year has seen an increase in the number of prescribed burns carried out, demonstrating our commitment to creating a safer, stronger and more bushfire resilient South Australia.

“While it is impossible to eliminate the threat of bushfires, prescribed burns are one proactive action we can undertake to better prepare South Australia for future bushfire emergencies.

“These prescribed burns are chosen strategically to reduce fuel loads across the landscape, which help reduce the intensity and spread of fires, and provide safer access corridors for our dedicated CFS and MFS personnel.

“The Field River burn here today is particularly significant given its close vicinity to the people’s homes here in the southern suburbs, and I have welcomed the opportunity to meet with local residents this morning to discuss the role we can all play in being bushfire ready.”

The season ends on the eve of the 12-month anniversary of last year’s devastating bushfires, which saw nearly 279,000 hectares of land burnt, almost 68,000 livestock perish and, tragically, three lives lost.

The Marshall Liberal Government has committed an additional $37 million over five years to the state’s prescribed burn program, as part of the $97.5 million response to the Keelty Review into last season’s catastrophic bushfires.

The investment will see the Department for Environment and Water aim to increase the prescribed burns program by 50 per cent in coming years.

“In January last year, we asked highly-respected former Australian Federal Police Commissioner Mick Keelty AO to conduct an independent review, to look at what can be done to mitigate the impact of bushfires on our communities into the future,” said Minister Speirs.

“The Marshall Government responded without hesitation to the Review with a significant $37 million investment, and we are now seeing the implementation of immediate action in preparation for the current bushfire season.