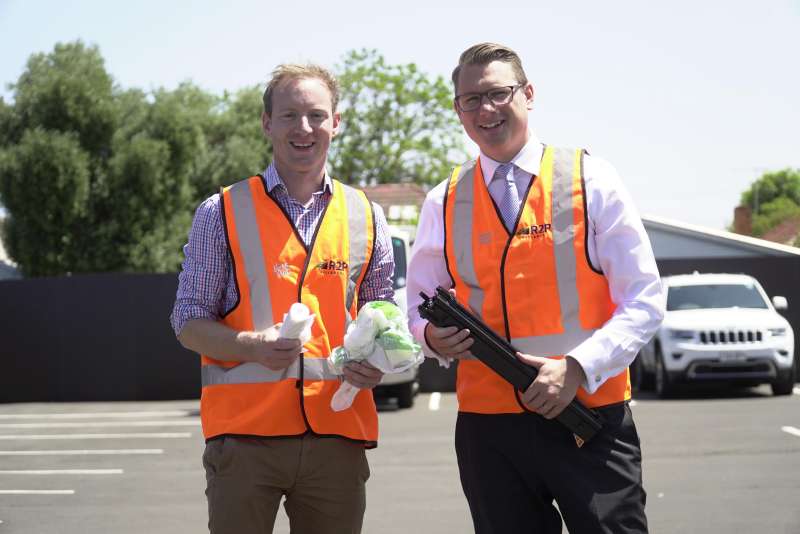 As part of the Marshall Government’s $12.9 billion infrastructure spend, 100 per cent recyclable materials have been used to seal parts of the $354 million Regency to Pym Street project that is creating hundreds of local jobs each year.

Instead of disposing waste to landfill, the following materials were re-used in the sealing process:

“Through our $12.9 billion pipeline of infrastructure works we will create thousands of local jobs, reduce travel times and importantly improve road safety across our state,” said Minister for Transport, Infrastructure and Local Government Stephan Knoll.

“The Regency to Pym Project is a $354 million piece of the North-South Corridor puzzle that will create hundreds of jobs per year and will mean motorists will not have to stop at a single traffic light between the River Torrens and Gawler.

“As part of this project, the team sealed the construction office car park with 100 per cent recyclable materials.

“This meant we were able to save 9.4 tonnes of carbon dioxide which is equal to taking nine cars off our roads.

“The project will also be supporting a trial of the addition of plastic to the asphalt mix on a section of road pavement and will be exploring further opportunities to use recyclable materials on other aspects of the works.”

“As a Government we are always looking at ways in which we can improve our carbon footprint and protect our environment for future generations,” said Minister Speirs.

“South Australia has been a nation leader in waste management, pioneering container deposit legislation, banning plastic bags and being the first mover as we look to remove single use plastics.

“The Marshall Government is leading by example and is exploring innovative ways in which we can reduce our carbon footprint and support sustainable waste management initiatives.”