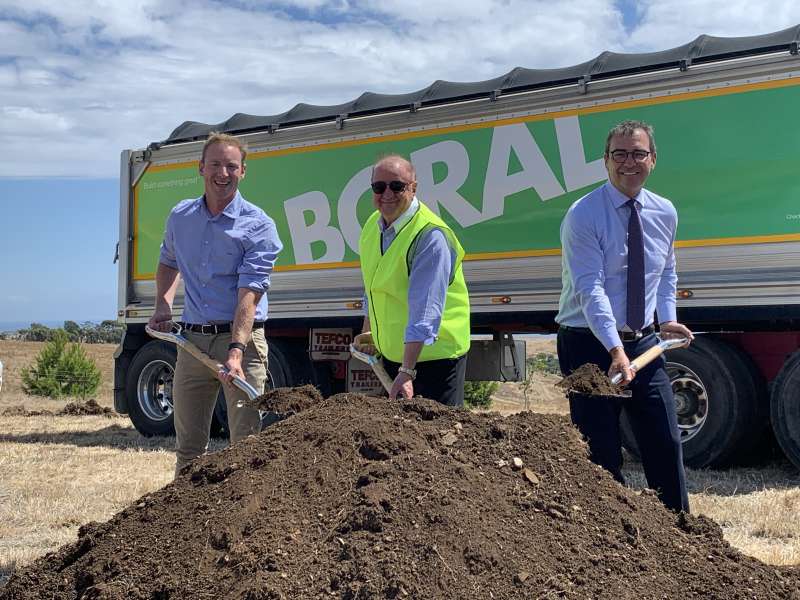 Cement Hill at Seacliff Park is one step closer to becoming a housing and business hub, with a planning amendment approval opening the door to redevelopment.

The long-awaited amendment means residential and or commercial development can now happen on the 12-hectare site, at the intersection of Ocean Boulevard and Scholefied Road.

The disused mine site has been a major issue for local residents for many years, becoming an eyesore and often the target of vandalism.

The approval of the Development Plan Amendment (DPA) will allow for the site’s owners to start planning a proposed housing development, which is billed to create up to 1,000 jobs during construction.

Minister for Planning Vickie Chapman said this is a major step in the right direction.

“For decades the site at Seacliff Park has sat unused and has become derelict and an eyesore for
local residents,” Ms Chapman said.

“By approving the DPA, the Marshall Liberal Government is paving the way for the site to be transformed into something the local community can use and enjoy.”

Minister for Environment and Water and Member for Black, David Speirs, said the approval of the DPA would be welcomed by the local community.

“This is brilliant news for our local community. Since I was elected to council ten years ago, there hasn’t been a month when I haven’t been involved in advocating for the clean-up and development of this site,” Minister Speirs said.

“Residents in the Marino, Kingston Park and Seacliff have regularly contacted me expressing their frustration about the dilapidated site and they will be delighted that a new ‘gateway’ to our community will unfold in the coming months and years.

“This will allow the land developers to get on with the project which will transform the local area and create significant economic stimulus when it is needed most.”

An economic impact assessment has shown the proposed development could create up to 928 jobs during a two-year construction period and up to 477 jobs when operational.

Government and Councils to unlock the delivery phase of the development,” Mr Visintin said.

The site has historically been used for quarrying, concrete manufacturing, domestic land fill, concrete roofing tile manufacturing and as a depot for a construction company.