Sands and McDougall Building set to be heritage listed 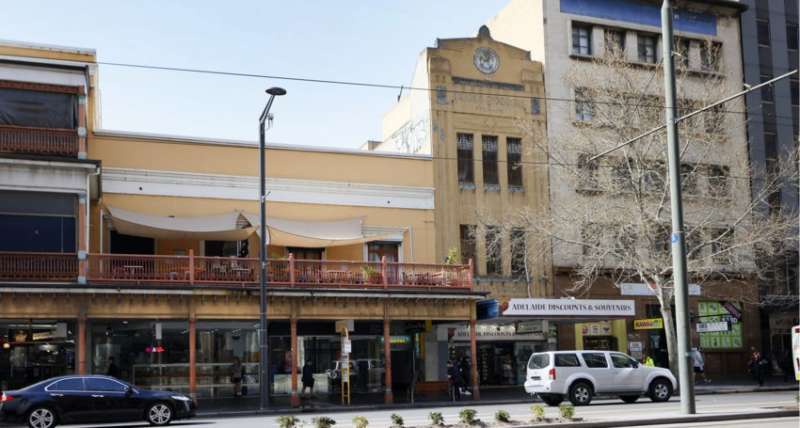 The Sands and McDougall Building at King William Street is set to be State Heritage listed with the State Government choosing not to intervene in the process.

The South Australian Heritage Council (the Council) provisionally entered the façade and awning of the shop in August this year.

Public consultation on this decision is currently underway, however, the Minister for Environment and Water at any stage can direct the Council not to confirm the entry if he determines it is against the public interest.

The building was the shopfront for manufacturing stationery company Sands and McDougall. They occupied the building in the late nineteenth century and in 1933 modernised the premises with the Art Deco façade and awning.

Minister for Environment and Water David Speirs said he had decided not to intervene in the process and expected the building to be confirmed on the State Heritage Register at the Council’s meeting in December.

“After speaking with all stakeholders involved with the Sands and McDougall Building I have decided there isn’t sufficient reason for me to intervene in the South Australian Heritage Council’s process,” said Minister Speirs.

“Public consultation on the provisional entry of the shopfront of the building is currently underway, however, I now expect the entry to be confirmed at the Council’s meeting in December.

“I understand developers were keen to demolish the building as part of a wider upgrade to the Southern Cross Arcade.

“The Marshall Liberal Government is extremely supportive of this project and will work closely with the developers to support a high-quality design outcome which incorporates the façade into the wider renewal of the precinct.

“The South Australian Heritage Council play an important role in preserving our state’s history and I support them in their decision to provisionally list the Sands and McDougall Building.

“The façade is highly intact and an outstanding example of Art Deco architecture in South Australia demonstrating many of the key attributes of the style.

“It transformed the nineteenth century classical building, eschewing the past and expressing optimism for the future.”

Public consultation on the provisional listing of the façade and awning of the Sands and McDougall Building ends on November 24.