On the frontier of research with marine life discoveries 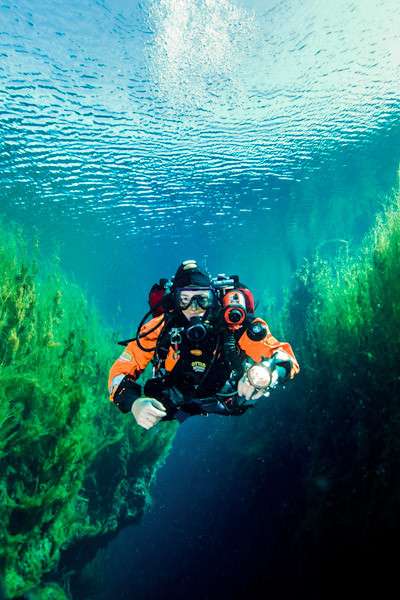 An exciting expedition off the remote western coast of Kangaroo Island in South Australia has captured unique video footage of marine life at depths of more than one hundred metres below sea level.

While data is still being analysed, early documentation has captured the first recordings in the region at this depth of ribbon reefs, which provide critical micro-ecosystems for marine species.

Marine life spotted above the sea depths included a black-browed albatross, which as a sub-Antarctic species is not commonly seen in South Australia.

A collaboration between the Morrison Government and the Marshall Government, the six-day voyage was part of state and Commonwealth marine parks monitoring and compliance programs.

Federal Minister for Environment, Sussan Ley said the voyage had been a key opportunity to learn more about deeper marine habitats in Australian Marine Parks, and the findings will play a key role in the management of the region’s marine parks.

“The Australian Government is delighted to be working with South Australia’s Department for Environment and Water on this collaborative expedition of discovery,” Minister Ley said.

“This expedition has provided us with a rare opportunity to survey these marine environments which will increase our understanding of the connectivity between the two parks and support their collective management.”

South Australian Minister for Environment and Water David Speirs said the voyage had been a great success, with the team being able to document the rich marine life that lived in the deepest parts of these two marine parks off the west coast of Kangaroo Island.

“The trip was the first time in South Australia that high-tech equipment such as the Baited Underwater Remote Video Systems (BRUVS) was deployed at depths of greater than 100 metres,” Minister Speirs said.

“These two marine parks off western Kangaroo Island were of particular interest as they are important areas of deep water upwelling and support a range of marine life.”

Department for Environment and Water (DEW) Marine Science Team Leader Danny Brock said DEW is the state leader in the use of BRUVS, with more than 1000 deployments across South Australia in the past decade as part of the existing South Australian Marine Park Monitoring Program across 19 state-managed marine parks.

“The zones afford the highest level of protection and are therefore areas of high conservation value.

“The aim of the expedition was to gather baseline biodiversity information on fish assemblages and habitats using BRUVS and we were very successful in our endeavours, although there is still more than 50 hours of footage to undergo analysis.”

Western Kangaroo Island Marine Park is one of 58 Australian Marine Parks managed by Parks Australia that help protect Australia’s offshore marine habitats and species and support the long-term sustainability of our marine industries.

“By working in partnership to undertake research in these exposed marine environments and by harnessing the skills and resources of each agency, we are achieving greater outcomes,” Mr Mundy said.

The expedition was conducted aboard the Department of Primary Industries and Regions (PIRSA) compliance vessel the FPV Southern Ranger.

More information about Australian Marine Parks is available on the Parks Australia website.