Nature play at the heart of Glenthorne National Park 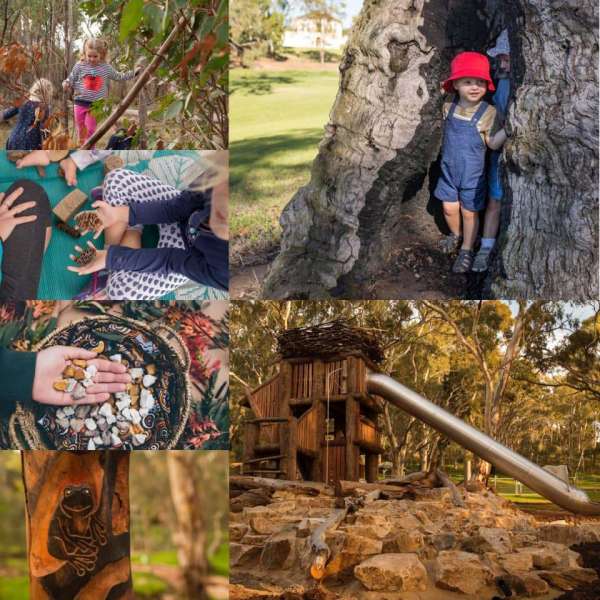 A partnership between the Marshall Liberal Government and the City of Marion will see a nature-focused adventure playground developed as an iconic destination within the new Glenthorne National Park.

The City of Marion has embraced the State Government’s vision for the vibrant new national park by agreeing to contribute $2 million towards a huge adventure playground which is expected to attract thousands of visitors to the park once it is opened in 2021.

Minister for Environment and Water David Speirs welcomed the contribution from the City of Marion.

“Glenthorne National Park is the Marshall Liberal Government’s flagship environmental initiative, creating an open space network extending from the hills to the sea and saving the 208-hectare Glenthorne Farm at O’Halloran Hill being swept away by urban sprawl,” said Minister Speirs.

“Engaging young people with nature is a key objective of Glenthorne National Park and having a must-visit playground, focused around the concept of nature, will no doubt draw people from far and wide. Our ambition for this playground is huge and we think it will become the St Kilda of the south.

“The City of Marion’s contribution demonstrates the confidence that the community has in this project and the excitement with which people are awaiting its creation in the coming months and years.

“I’m grateful for the council’s involvement and I am excited about the potential that this partnership will deliver.”

“As a former President of Friends of Glenthorne and campaigner for open space there for 20 years, I’m thrilled with what the State Government has achieved there in the past two years,” Mayor Hanna said.

“Glenthorne is a very special part of the Marion Council area. Minister Speirs is opening up Glenthorne to a new era of public enjoyment and the Council-funded play area will be a wonderful feature. Our local community and families far and wide will enjoy it for generations to come.”