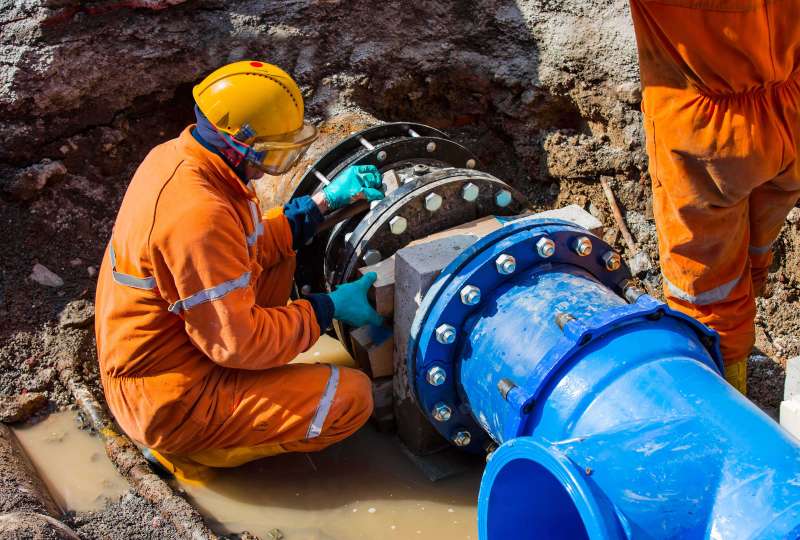 More than 100 jobs have been created as the first three projects of SA Water’s $1.6 billion four-year capital works program begin this week to improve water services for South Australians.

The $1.6 billion capital works program includes a diverse range of projects over the next four years to improve water services such as water main and sewerage network maintenance and water treatment plant upgrades across South Australia.

Minister for Environment and Water David Speirs said the capital works program will provide a timely economic boost as well as improve services.

“The first three projects worth around $12 million have created more than 100 jobs and provides some timely economic stimulus in the wake of COVID-19.

“These works are being done at the same time as South Australians are receiving significant reductions in their water bills with the average household saving around $200 a year and the average business receiving savings of around $1,350.

“Together, we will deliver a diverse portfolio of projects over the next four years which includes dam upgrades, water tank refurbishments, water main replacements, sewerage network upgrades and water treatment process changes, with work spread across both the metropolitan area and regions,” said Mr Ryan.

“Investing in water networks has wide reaching and long-term benefits, from the jobs created during construction, to the sustainable prosperity of a business able to access fit for purpose water, and the ongoing health and social outcomes that clean water and reliable sanitation services embed across generations.”

“Robust infrastructure planning and delivery will play an important role in immediate stimulus to the economy and it supports long-term economic growth,” said Ms Ekberg.

“SA Water’s model provides South Australian businesses across the supply chain the opportunity for work and to participate in the frameworks, which will see the state prosper.”

The $7.5 million worth of water main upgrade works in Two Wells will see around 4,500 metres of new water mains laid around Gawler and the Northern Adelaide Plains to overcome water pressure challenges and enable the region’s ongoing growth.

The $5 million upgrade of the Glenelg Wastewater Treatment Plant will improve the quality of treated water that is recycled to green the Adelaide Park Lands or released back to the environment.

A shorter 10-week project at the Myponga Water Treatment Plant is seeing $60,000 invested to repair concrete bunds in place to prevent potential processing chemical spills from impacting the surrounding environment and enable swift and safe clean up.

The projects are the first packages of work awarded to SA Water’s three new major framework partners who can each be progressively awarded up to $500 million of work over the 2020-24 period if rigorous performance standards are met.

Up to six minor framework agreements will also be awarded in coming months to cover smaller work programs with the potential for between up to $8 million and up to $44 million of work to be allocated to the successful tenderers over the four-year period.

Included in the minor framework agreements are activities such as regional water main replacements, rehabilitation of sewerage assets, and physical and electronic security like fencing and CCTV.

A tender process for a minor civil works panel is also nearing completion, with suppliers from around the state sought for smaller works up to $500,000 at a time, with an estimated annual spend across the panel of up to $10 million.