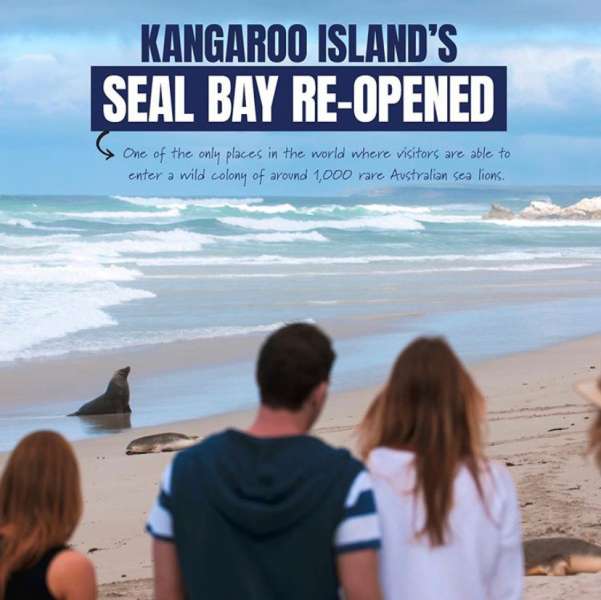 Seal Bay – one of Kangaroo Island’s premier tourism destinations - will re-open today, after having to close due to the recent bushfire events.

Minister for Environment and Water David Speirs who is currently touring Kangaroo Island said it is great news to see that the fire danger has eased sufficiently allowing the iconic destination to open to the public.

“Seal Bay has been at the heart of Kangaroo Island for generations and has evolved to become a world-class tourist attraction,” said Minister Speirs.

“Australian sea lions are unique to South Australia and Western Australia. They are listed as endangered, with a total population of around 12,000.

“Seal Bay is home to the third largest colony of this magnificent, wild creature.

“Seal Bay is managed by the Department for Environment and Water and I’m working hard with the department to determine what tourism opportunities can be expanded on the eastern end of the island following the devastating fires at the western end.

“As a major tourism operator on Kangaroo Island, the department and I know first-hand how important tourism is to regional communities and that the support of visitors and tourists will be vital now more than ever.

“During my visit to the island this week local tourism operators were keen to reinforce that the great majority of them are still open for business.

“I encourage anyone considering a holiday to make Kangaroo Island a priority.

“The State Government will re-open impacted parks and iconic tourism sites as soon as it is safe and practical to do so, even if this is with pop-up temporary infrastructure.

“We view this disaster as an opportunity to re-imagine facilities in our damaged parks, so that park services and facilities are even better in future.”