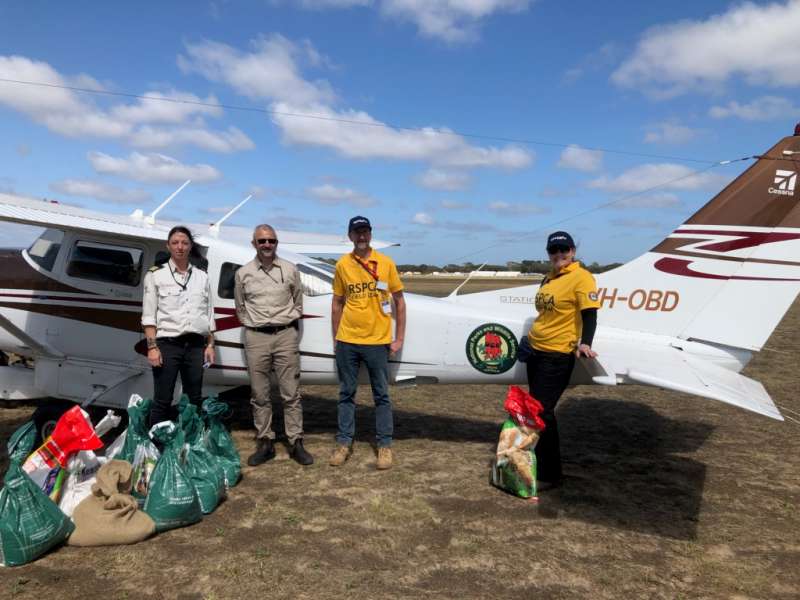 The State Government is today commencing aerial food drops to Kangaroo Island wildlife who are vulnerable and starving after the recent bushfires.

While the normal approach is to keep wildlife wild, the scale and intensity of the fires on Kangaroo Island has meant that surviving wildlife have very few options.

The aerial food drops are being done in combination with land-based drops as the burnt environment regenerates naturally and grasses grow to provide food for surviving animals.

Minister for Environment and Water David Speirs said 200 kilograms of kangaroo pellets are being delivered by the National Parks and Wildlife Service SA aeroplane for the first time today.

“Unfortunately, the devastating bushfires have seen significant losses of wildlife and the destruction of vast amounts of habitat on Kangaroo Island,” said Minister Speirs.

“With the fire now contained we have moved as fast as we can to safely help our vulnerable and starving wildlife that have survived and today we are delivering our first aerial food drop.

“The food drops are targeted at native animals and are being carried out carefully to avoid unintended outcomes such as providing extra feed for feral species.”

Land-based food drops on Kangaroo Island are being coordinated with RSPCA for the next three months with more aerial drops done as needed. Minister Speirs said further assessments are required to understand exactly how many wildlife have been affected.

“While it’s going to take time to establish a full picture of the damage, we believe a significant number of Kangaroo Island’s koalas have perished, and considerable areas of Glossy Black Cockatoo habitat, have been destroyed. We are also very concerned for the future of the Kangaroo Island Dunnart – one of the species thought to be most at risk, due to habitat loss,” said Minister Speirs.

“The food drops follow the State Government’s establishment of a dedicated Wildlife and Habitat Recovery Taskforce as well as a Wildlife Recovery Fund.

“The Taskforce will take a lead role the recovery effort for our natural environment and look to re-establish habitat for wildlife in the state’s bushfire-ravaged regions.

“South Australia has an immense task ahead and the Wildlife and Habitat Recovery Taskforce will be working closely with state agencies and NGOs on coordination of the immediate recovery efforts. The Wildlife Recovery Fund is a collaborative project between the State Government and Nature Foundation SA to assist with raising money for recovery and restoration.

“The community response to the bushfires has been incredible and I encourage those who can to give generously.”

To donate to the fund visit the Nature Foundation SA website