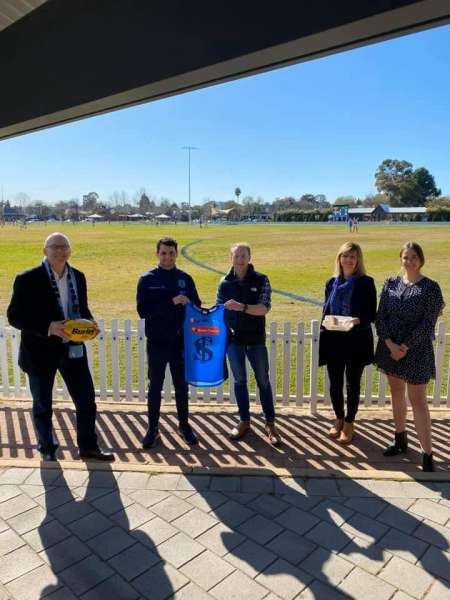 Sturt Football Club has become the first football club in Australia to commit to going plastic free as the Marshall Liberal Government announces its next round of plastic-free precincts.

Sturt is one of five new organisations including Adelaide Airport, Flinders Medical Centre, SA Museum and the Uraidla Township to sign up to become plastic-free precincts after the initiative was first announced last year.

They join The Adelaide Central Market, The Parade (Norwood) and The Jetty Road Brighton Traders and all 21 Surf Life Saving South Australia clubs across the state as the original precincts.

Sturt Football Club are now working towards going plastic free at their clubrooms and for home games at Unley Oval.

Minister for Environment and Water David Speirs, who visited Sturt Football Club today, said there has been strong feedback from South Australians keen to see action on single-use plastics.

“The message from the community is clear, they expect government to lead on the issue of plastics, and while the Bill is before Parliament, our plastic-free precinct initiative is a fantastic way to continue to reduce their use.

“We’ve already seen many households and businesses across the state choose to take the lead by removing single-use plastics voluntarily and it’s fantastic to be able to officially announce another five organisations who are on the journey to becoming plastic free champions.

“Sturt Football Club is an iconic South Australian sporting club and it’s very exciting to have them lead the way when it comes to reducing single-use plastics in the community.

“Our plastic-free precinct initiative has been hugely popular, and we look forward to working with all of our new precincts to improve environmental outcomes in a practical and sustainable way.”

“The Sturt Football Club is proud to be the first football club in Australia to commit to going plastic free and we look forward to working with the State Government to achieve this,” said Ms Dewing.

“We have already taken steps to reduce our use of single-use plastics at our clubrooms and on game day at Peter Motley Oval.

“We want to be community leaders and signing up to become a plastic-free precinct is a great way for the ‘Double Blues to go green’.”

The Boomerang Alliance who have run similar trials interstate will be working closely with traders, cafés, restaurants and retailers in these locations to go ‘single-use plastic free’.