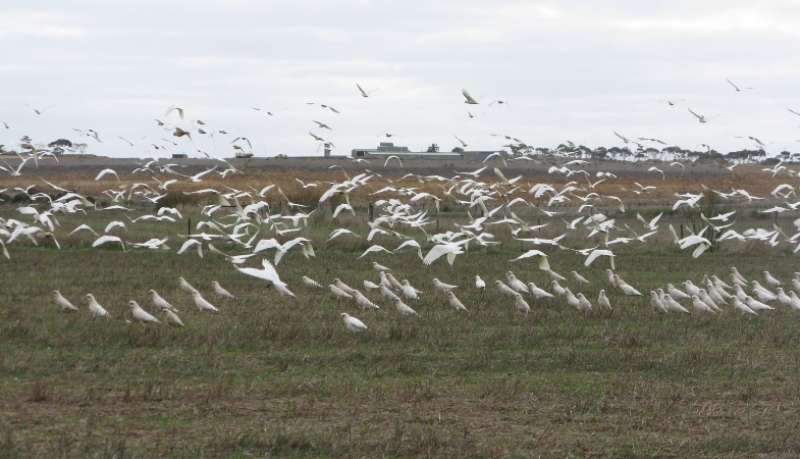 A draft strategy to tackle the management of little corellas in South Australia is now available for public feedback.

The State Government has co-designed a ‘South Australian Little Corella Management Strategy’ with councils, other state government agencies and industry stakeholders to help mitigate the impact of this abundant species on the state, communities and landholders.

Minister for Environment and Water David Speirs said the problem is caused by large numbers of little corellas lingering in urban and peri-urban areas, which is causing human-wildlife conflict.

“The population of little corellas has increased since European settlement due to the availability of suitable habitat like tall trees in open grassy spaces, as well as permanent water and food supplies,” said Minister Speirs.

“They have benefited from native vegetation clearance, agriculture and irrigation, and are now thriving in urban environments.

“Past management techniques have focussed on scaring off little corellas with drones, electric bird deterrents and lights or shooting. These have had some localised benefits, but have done little to address the issue, instead flocks are often simply moved around the state.”

The draft South Australian Little Corella Management Strategy is underpinned by decades of research into little corellas and bird management techniques, to strategically and humanely deal with the little corella impacts for the long-term.

“The draft strategy has a focus on a range of management actions, including changing the landscape in impacted areas to be less attractive to little corellas,” said Minister Speirs.

“The delivery of the strategy will require coordinated management across SA’s regions with councils, government agencies, community groups and landholders to address the complexity of little corella impacts, which may take years to achieve, for a problem that has been decades in the making.

“The Department for Environment and Water will play a key role in coordinating the effort between stakeholders to deliver the strategy.”

To read and provide feedback on the South Australian Little Corella Management Strategy visit the YourSAy website. A final strategy is expected later this year.