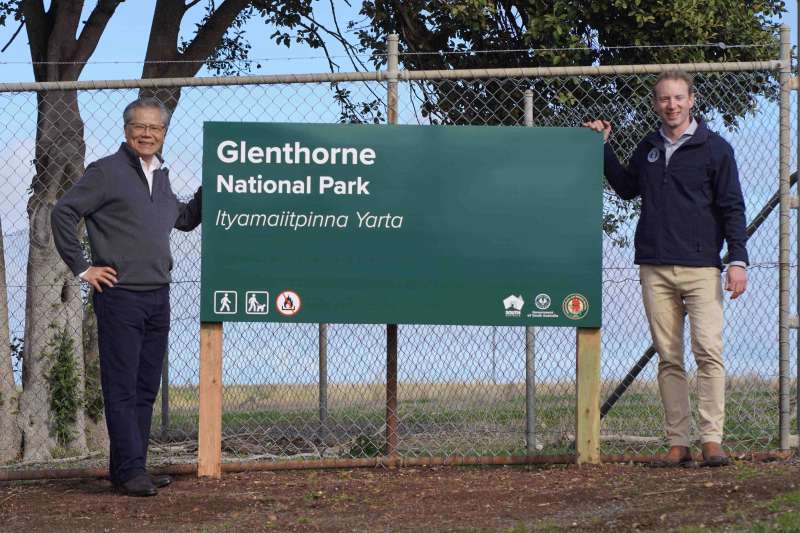 Minister for Environment and Water David Speirs said today’s proclamation is part of the Marshall Liberal Government’s commitment to increase South Australia’s system of parks and reserves to protect and create unique environments.

“Glenthorne National Park presents a once-in-a-lifetime opportunity to preserve and revitalise a significant portion of natural open space in the southern suburbs and turn it into a thriving environmental and recreational precinct for future generations,” said Minister Speirs.

“The Glenthorne precinct is so close to Adelaide city, and will allow more people to get into parks to enjoy our beautiful natural environment which is good for people’s physical and mental wellbeing.

“While the public won’t be able to get in and enjoy Glenthorne just yet, the proclamation is an important step in making the park a reality ahead of our planned opening in 2021.

“We have already seen significant works undertaken including a new ranger station, park infrastructure and the demolition of the unusable buildings on site.”

Minister Speirs said managing this land under a single national park management plan will create and expand wildlife and vegetation corridors in the southern suburbs, supporting native plants and animals to survive and thrive.

“The new national park will be a haven of native fauna and flora with koalas, kangaroos, and several bird species of conservation significance including the vulnerable yellow-tailed black-cockatoo and the rare peregrine falcon known to live in the area,” said Minister Speirs.

“I want to thank the efforts of the Glenthorne Partnership, a group of community representatives who played a key role assist in the development of this park.

“For many years under the former Labor Government a cloud hung over the future of the property with developers looking to swoop, but through the passion of the local community and a commitment from the Liberal Party, Glenthorne has been saved and will be revitalised for future generations to enjoy.”

The park will be co-named Glenthorne National Park-Ityamaiitpinna Yarta, with the Kaurna name recognising an important Kaurna elder at the time of European Colonisation.

O’Halloran Hill Recreation Park will be formally abolished, and that land now included within the new park identity. Hallett Cove and Marino Conservation Parks will retain their identity as separate parks, however, will be managed within the broader Glenthorne framework.

The Glenthorne Farm property has historical significance for South Australia, being where the state’s first police commissioner Major Thomas O’Halloran established a farm in 1839. It later played a significant role in the training of horses sent to fight in World War I, including at Gallipoli. From the late 1940s until the 1990s in transitioned to a CSIRO agriculture research centre.