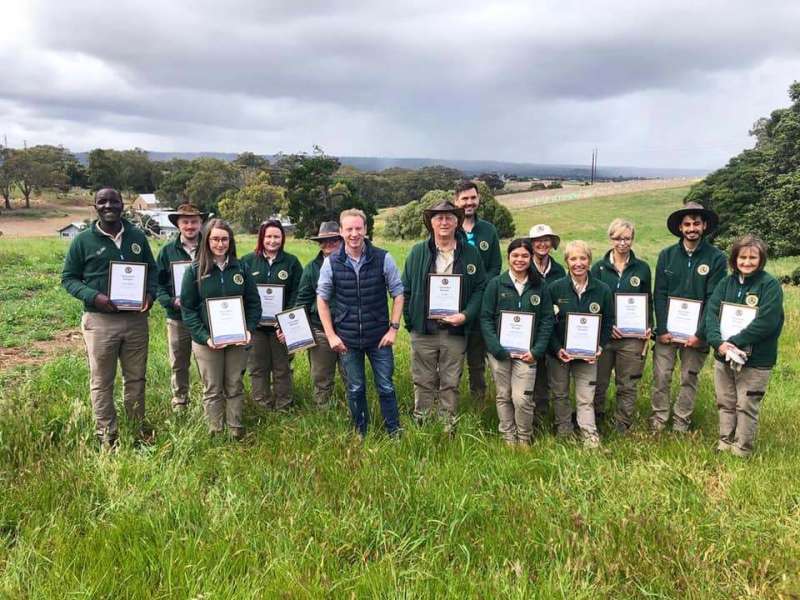 South Australia’s volunteer park ranger program has reached a significant milestone with the appointment of the 100th volunteer ranger since the program started in September 2019.

The program is just another way the Marshall Liberal Government is increasing the support and activation of our parks, along with an increase to park rangers who are the frontline workers for conservation in our national parks.

Minister for Environment and Water David Speirs said participants in the South Australian Volunteer Ranger Program have contributed about 2700 hours in 17 parks across the state, including at Adelaide’s newest national park, Glenthorne National Park, where celebrations were held today.

“It’s fantastic to be able to celebrate our 100th volunteer park ranger and recognise the work they do to protect our national parks alongside the State Government’s park rangers and existing park volunteers,” Minister Speirs said.

“The Volunteer Ranger Program gives South Australians with an interest in the environment the opportunity to contribute to nature and wildlife conservation, all while enjoying the state’s iconic national parks.

“The Marshall Liberal Government is investing record amounts to revitalise our national parks and we recognise the important role rangers play in park conservation and maintenance. The former Labor Government gutted our state’s ranger service and we are committed to putting more people at the frontline of national park protection.

“On top of the 100 volunteer park rangers we are celebrating today, we now have 138 State Government park rangers across the state – up from just over 90 when we came to government in March 2018.

“We want to improve visitor experiences and increase the number of people who can enjoy our parks across South Australia and park rangers play a crucial role in this.”

“For the next three years this grants program will increase from $60,000 to $90,000 a year which will significantly increase the ability of community groups to undertake on-park projects such as biodiversity conservation, post-fire habitat recovery and threatened species monitoring.”